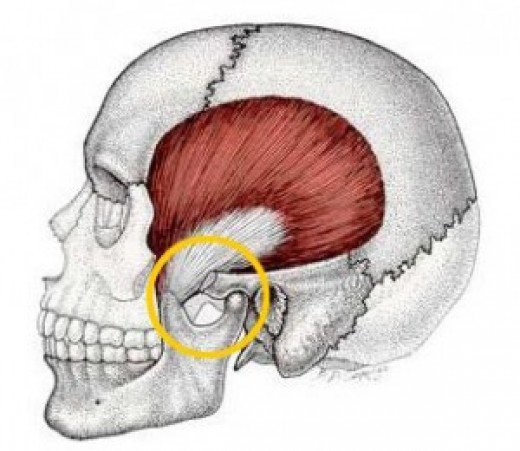 We’re dipping our toes into a big conversation this week, talking about something that we’ve both experienced and are frequently asked about by family and friends…JAW TENSION! Whether it’s situational, emotional, grinding teeth, alignment issues, athletic activity, the jaw is an interesting reflection of how we manage all kinds of stresses. This episode is a general conversation about where it comes from and dealing with the discomfort of jaw pain. It also offers a couple exercises you can do anytime, anywhere.

We also take a moment to celebrate our fantastic technological advancements for 2020, which will hopefully mean better and better audio quality for you.

But back to the jaw, there are numerous resources you can look into to help manage tension and pain. Healthline offers a useful article that outlines different conditions in case you’re concerned what you’re feeling goes beyond day to day stress. If you are a nighttime teeth grinder this one has some good prevention tips.

The conversation and these starting exercises have made us realise we want to follow up with discussions about the tongue and the sneaky ways the tongue and jaw can create insidious little exchanges of tension. Our plan is to provide you with strategies for release and to keep tightness and pain at bay so if you notice anything and want to ask a question or make a comment, please do! We would love to incorporate your thoughts into upcoming episodes.

In the meantime, be kind to yourself and your jaw. Take that extra moment in the shower or before bed to check in and give it a little massage, and try to check your frustration when pain/tension appears. It’s just another way our fight or flight instincts kick in to try and protect us by bracing. Let yourself know it’s ok, and hopefully that will encourage the discomfort to recede. Don’t be afraid of the lessons your jaw has for you!

As always we’ll encourage you to subscribe and review the podcast wherever you might choose to listen.

This is an extra special episode because it features an interview with Christine’s husband, Emanuel Adam. Through his job, Emanuel regularly does radio and TV interviews with the likes of BBC, CNN and NPR, and he and Christine talk here about advice he has as someone who has had very little media training on how to approach these high-pressure interview situations. His advice is great for these specialized situations but also holds for any public speaking event.

The big theme that comes up in the episode for both TV and Radio is the importance of having a preparation process that includes preparing mentally, physically, vocally and even emotionally, as these are high-pressure situations that can often be stressful. Emanuel often gets called for an interview with very little notice— even so— he stands by his preparation routine, adjusting it as he needs to the time he has available.

As a communication coaches, we are very impressed with Emanuel’s prep routine. People often underestimate the amount of prep time it requires to feel at ease in public speaking situations, or mistakenly think that preparing will make them feel and look less spontaneous and authentic. It’s actually the opposite! The more prepared you are, the more your personality can shine in an interview situation, because it’s a lot less likely that you will get caught off guard or panic.

Have a listen to his process and let us know what you think. You can also download this episode on iTunes by searching for ‘BeSpoke Speaks’ or on BuzzSprout.

To find out more about Emanuel:

Emanuel leads the UK operation for BritishAmerican Business, a large transatlantic trade and business association dedicated to grow the transatlantic economic corridor. Having spent almost his entire career in trade, Emanuel serves as one of BAB’s main spokespeople, representing the organisation’s member companies on relevant business issues. In this function, Emanuel appears regularly on local and international media outlets in both the UK and the US. He covers issues ranging from international trade, tax, investment, immigration, often around major Government visits. Or in his words: “Whenever a US President decides to visit the UK; I get a call”.

In this episode, Christine interviews her dear friend and colleague, Nathalie Joel-Smith, about the importance of embodied listening in communication.

The importance of listening can sometimes get overlooked in communication coaching, both for actors and public speakers, even though it really is the vital component to connection within communication. Nathalie and Christine discuss what listening really is, why it can be hard to listen, and tools we can develop to listen better. Themes that come up are:

Nathalie is a movement teacher, embodiment coach and performing artist. She does workshops and has online courses and coaching for embodied living, which is to do with how we navigate life challenges, desires and emotions with presence and compassion. Her background is in performing arts— she trained in Musical Theatre at ArtsEd. You can find out more about her at www.nathaliejoelsmith.co.uk and follow her on Instagram and Facebook @the_creative_body.

This episode will shortly have a follow-up episode where Nathalie guides us through an embodied listening warm up. Stay tuned!

You can also download this episode on iTunes by searching for ‘BeSpoke Speaks’ or on BuzzSprout.

Let us know below if you have any questions or comments! We would love to hear from you.

Welcome to our first post of 2020. This episode is a practical sequence to warm you up mentally, physically and vocally for social situations. Inspiration for this sequence came from an earlier episode, ‘Voice Work for Social Situations’ where we answered a question from a listener about why it can be hard to apply voice technique to social situations. This is a practical sequence that addresses the solutions we talked about in that episode.

This sequence is for you if:

The sequence includes exercises that will:

It’s designed to do before you go into a social situation, and at the end of the episode Christine gives you things to think about when you’re in the social context,  so that you can apply the tools you learn in the sequence directly to the situation.

You can also download this episode on iTunes by searching for ‘BeSpoke Speaks’ or on BuzzSprout.

Let us know how it goes! We’d love to hear any comments or questions you have– feel free to comment below.

'Bye Bye BeSpoke and Exciting Announcements' just dropped and is the last @bespokespeaks podcast episode to fall under the BeSpoke title. If you are a regular listener or subscriber, don’t fret. All of the old content will still be there, but everything is getting a shiny new name and logo. This is part of an evolution on my part. I am launching a new voice and communication coaching website and business, and I would like all of the content to have the same brand. ⁠
"What do you want your audience to feel?" ⁠⁠
Are you a podcaster or someone who regularly performs using microphones? ⁠
Such an important message from @rynoshea in my most recent @bespokespeaks podcast episode, “Voice for Podcasters”. This is true for podcasters but it’s also true for any communication medium, and is so much more effective and rewarding than worrying about how your voice sounds.
What do podcasters need to think about in terms of their voices? ⁠
This course starts TOMORROW! There is ONE spot left. Is it yours?